By applying or removing electric field to drive the liquid crystal molecules in an aligned or disordered array, Smart PDLC film can realize transparent or opaque effect.

This outstanding electro-optical characteristic enables it to a wide range of application in commercial entertainment, aviation and maritime, rail transportation, store windows and other critical national facilities, sites and so on.

The smart film transparency will change, when you dim control its voltage, closer to 0V voltage, it will more opaque; And when more close to Rated voltage(70V), it will more clear transparent. 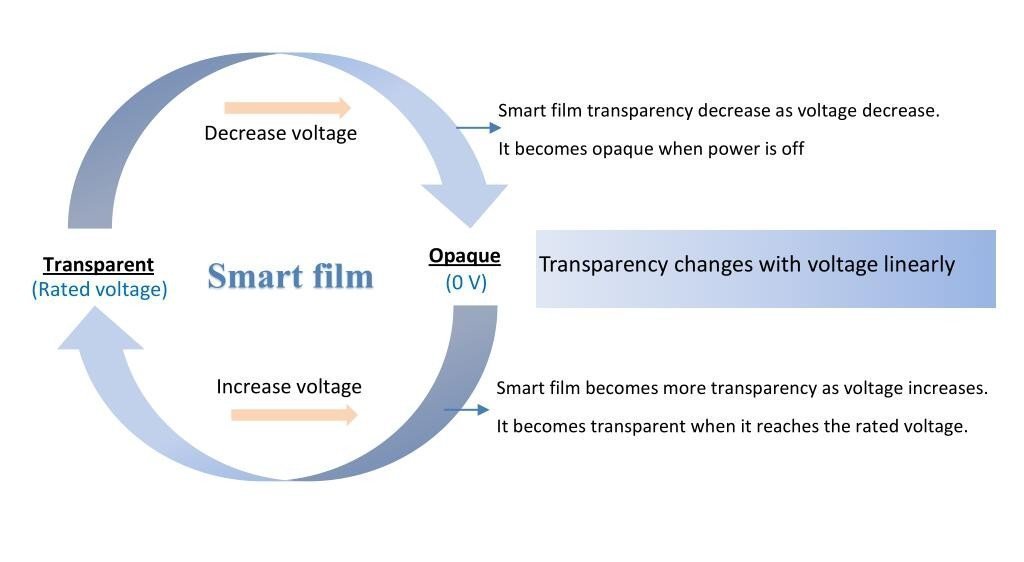 To well protect the PDLC film and let it the long time to work, especially in an environment with much moisture, we suggest the customer use non-adhesive smart film to be sandwich laminated between 2 layers glass. 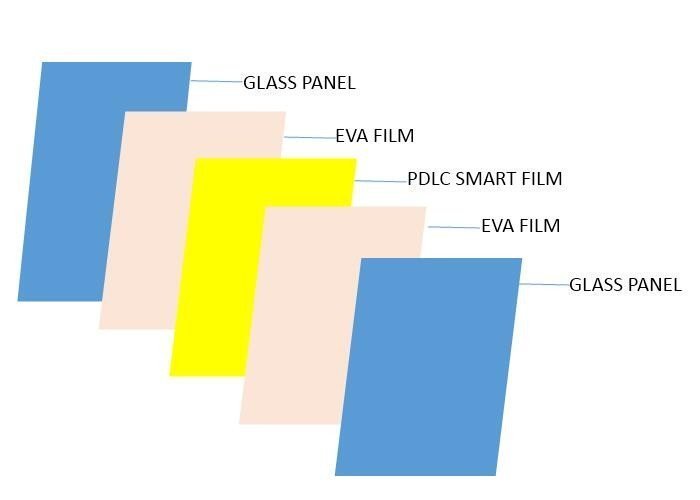 Choosing to purchase our lamination smart film and have a local glass company to create the final products (smart glass). This method cuts down on shipping costs and potential loss due to breakage vs purchasing our finished glass when a dealer is not nearby.

1. Q: What geographical region does OYPDLC serve?
A: The whole world.

2. Q: Can the smart film be used in doors?
A: Yes, for example: Frameless doors, sliding doors etc.

3. Q: Can it be drilled holes?
A: Yes, we can make holes as you request, and you can also cut holes using a sharp knife.

7. Q: Can I use PVB film instead of EVA film to do the lamination with your switchable film?
A: No. You can’t. Because in the PVB lamination process, the temperature is much higher than 120 ℃, and when temperature higher than 120 degrees, it lead to shrinkage to the switchable film, and then slightly damage the smart film, shorten the smart film’s lifetime. So we don’t suggest use PVB film.

11. Q: What’s the lead time of the non-adhesive smart film?
A: For smart film, usually lead time is about 5 working days depending on the required glass/film dimensions and quantities. Please send us the size& quantities information to get a quote and estimate the more exact lead time.

12. Q: What’s the shipping way for the product?
A: For smart film, normally send by express, like DHL, UPS, TNT, FedEx etc.

Have a project in hand, please contact us for a free quote now.
GET A QUOTE

Have a project in hand, please contact us for a free quote now.